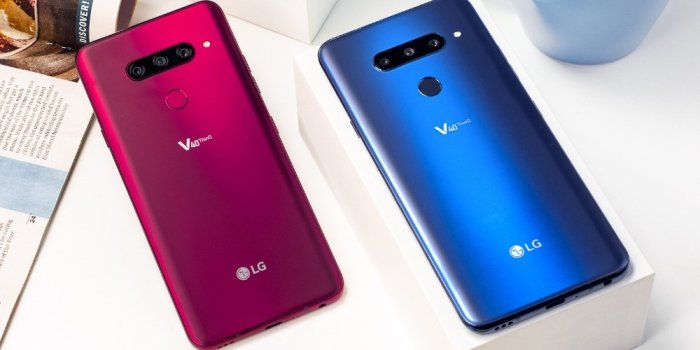 Which is better? LG v40 or Galaxy Note 9

Samsung is such a huge brand in the tech industry that leads many to ignore other manufacturers making smart phones. LG has released its latest V series flagship smart phone – the LG V40 ThinQ, which has features and hardware specs to compete the Samsung’s latest handset – Galaxy Note 9. So, let’s compare and find out which phone offer best specifications for the tech users.

LG V40 and Galaxy Note 9 has glass front and back design with metal frames. Both has placed the fingerprint reader on the back of the device as well as facial unlocking feature. The LG has placed it biometric sensor in the center a slight distance below its three rear cameras, and Samsung has placed a small rectangle just below the two rear cameras. Note 9 has dimensions of 6.37 x 3.01 x 0.35 inches, whereas the LG V40 has smaller dimensions of 6.25 x 2.98 x 0.3 inches. V40 is only 168 grams in weight and Note 9 weigh around 201 grams. Despite of lighter version, V40 also offer 6.4 inch display like Note 9. However its screen isn’t curved at the edges and includes a notch.

When it comes to audio, LG v40 has a better Boombox speaker design. For headphone audio, the LG went ahead with its high quality 32 bit HiFi Quad DAC. Note 9 features stereo audio from its speakers and includes a 3.5mm headphone jack. The Note 9 also keep Bixby button, despite no one like it so far. The LG V40 has its own AI button to activate the much-preferred Google Assistant. Samsung has one feature that LG doesn’t have. Its Bluetooth enabled S-Pen that can work like a remote control even at a distance of 30m.

The Galaxy Note 9 is largely comparable on the software. They both run Android 8.1 Oreo and may accept any future updates for Android 9 Pie. The LG V40 is powered by Snapdragon 845 chipset with 6GB of RAM and 64GB expandable storage. Note 9 comes with two variants in processing capability – Snapdragon 845 or Exynos 9810 chipset. Galaxy 9 comes with 128GB storage and 6GB RAM or 512GB storage with 8GB RAM. Note 9 also support desktop experience when plugged into desktop. Note 9 has 4,000mAh Battery, compare to LG V40’s 3,300 mAh battery. Both smart phones support fast and wireless charging. However LG V40 uses Qualcomm Quick Charge 3.0 whereas Note 9 uses 2.0.

The Galaxy Note 9 has three camera sensors (two rear, one front), the LG V40 gone wild with five camera sensors (three rear, two front). But still Samsung’s AI in camera is much better than any existing smart phone. Note 9 has 12MP rear camera with dual aperture of f/1.5 and f/2.4. The second sensor is for 2x optical zoom and has 12MP, an f/2.4 aperture. Both sensors provide OIS. The front camera is 8MP sensor, f/1.7 aperture. Both can record video in 4k at 60fps and 1080p at up to 240fps with digital stabilization.