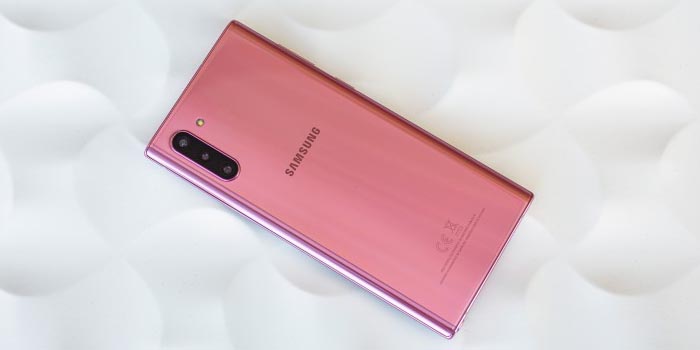 Samsung announced on Friday that it sold around 6.7 million 5G smartphones worldwide. The South Korean electronics company said it has acquired 34 percent of global mobile market share for 5G phones as of November 2019, citing data from industry research firm counterpoint. Samsung is already holding the number one position in the Android mobile phone market, but in react years, there has been some competition in the form of Chinese mobile phone manufacturers. Other Chinese manufacturers like Xiamoi and Oppo, have also been gaining some share. Samsung released its latest 5G capable smartphone, the Note 10+ 5G last year.

The next 5G network, the Galaxy S11 is releasing later next year. The company reported that it would be bringing 5G to its Galaxy Tab S6 tablet in South Korea in the first quarter. “Consumers can’t wait to experience 5G and we are proud to offer a diverse portfolio of devices that deliver the best 5G experience possible,” said TM Roh, head of research and development at Samsung’s mobile communications division.

There not many 5G smartphones available in the market right now. Even the 5G network is still in its infancy, with other countries rolling it slowly and is available in selected areas only. Surprisingly, Apple hasn’t released any 5G smartphone yet. It is expected that Apple will unveil its 5G smartphone this year. Samsung is also rolling out the security patches faster than any other phone in the market. Samsung has already rolled out the January security patch for the Galaxy Note 10 – days ahead of the Google’s phone, which are expected to roll out it by the next Monday.

The Note10’s January update is currently out for units purchased in Germany. After you install it, you’ll be on software version N970FXXS1BSLD. Nothing else changes aside from the security fixes, there don’t seem to be any new features included. Still, this is a good update to have, and incredibly timely at that. January 2020 security patch has already reached the Galaxy A10, A10s, A20, A30, A50, and Galaxy Tab S5e too.