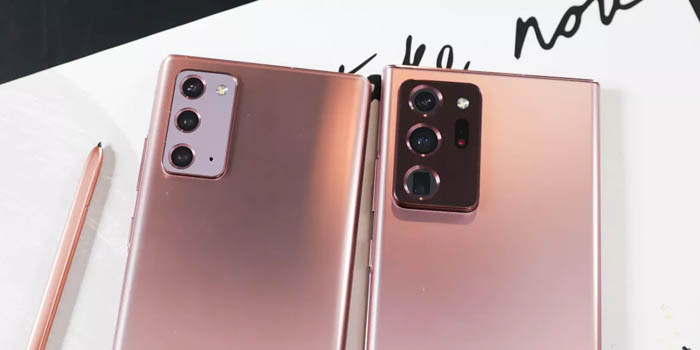 The Samsung Galaxy Note 20 ultra was greeted with much appreciation for its design and hardware specs, but now some of its users seem to be unhappy about the camera bump deformities. As reported by Sammobile, over 100 members of Samsung’s digital forum have reported the issue on the internet that they have noticed with the camera and bump on the rear side of the Galaxy Note 20 Ultra.

The issue tends to be the presence of dust particles inside the lens. There is also an uncovered distance between the lenses and the body of the phone that causes images to be unclear. The users facing and reporting the issue belong to Samsung’s home country – South Korea. It’s not clear if the problem is limited to the phones being shipped to the country alone, or if people from other regions haven’t noticed it yet.

Samsung responded to the problem, and said, Samsung is committed to ensuring consumer’s satisfaction and optimal experience on Galaxy devices. Recently, there have been a limited number of reports of fog build-up inside the cameras of Galaxy Note 20 Ultra. As with reading glasses and other glass objects, condensation can occur in water-resistant smartphones when they are exposed to a sudden temperature change.”

The Galaxy Note 20 Ultra issue is not as series as other Samsung’s phones and you shouldn’t worry about being around one. According to the report, around 100 people have mentioned this issue with the phone – that’s compared to an estimated 780,000 pre-orders of the phone in the region. So even if we consider this number, that’s just 0.20% of units that are facing problems with the camera.