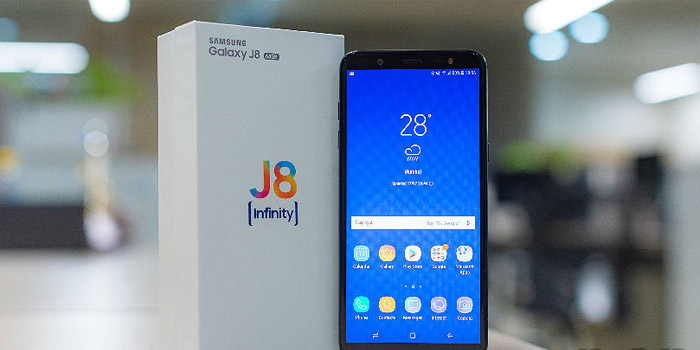 Samsung budget series smartphones are good but one of the biggest difference between budget smartphones and flagship smart phones were lack of an ambient light sensor. It’s around 9 years since the first android smartphone was released in the market, but the Korean Tech Giant is still manufacturing smart phones that can’t adjust brightness automatically. It sound strange but may be it has something to do with the pricey models. Clearly, Samsung was making some profit margins by leaving ambient light sensors out of the smartphones and this margin isn’t enough for them.

Recently, Samsung J series smartphone J8 got a software update. This update wasn’t given any specific name for unknown reason but it comes with AR Emoji and Dual VoLTE support. The update also introduced an auto brightness option to the phone. When the option was enabled, the front camera take an idea of brightness settings every time you unlock your phone. These early observations are taken in the form of pictures but these are never saved. These are later used by Galaxy J8 to make decision about optimal brightness on its own.

You need to adjust the brightness for camera for few days till your camera will learn the brightness pattern using the front camera. You don’t have to practice this as some kind of tedious task. It will be like just minor optional settings till your camera learn the brightness options. This may sound cool feature for mid-range Samsung smart phone but we are not sure how this will affect the battery life in long run. So far, this feature is available for Galaxy J4, J6 once they get the update as J8 already got it.