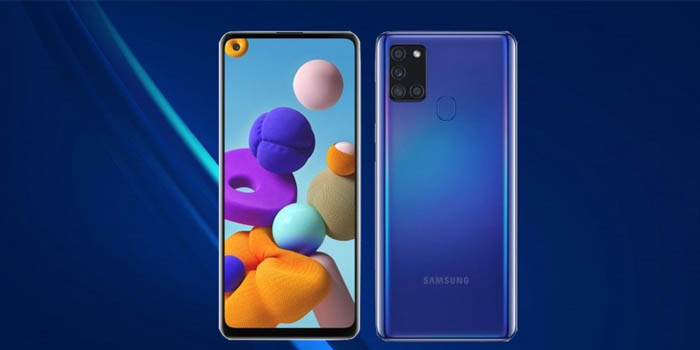 Samsung Galaxy A21s review: it’s the cheapest phone by Samsung in A series

The Galaxy A21 isn’t a typical low-budget smartphone that no one wants it. It is cost-effect but special at the same time. It is powered by a massive 5,000mAh battery under the hood that is far than good to keep your phone alive the whole day even with moderate to heavy use.

The phone is powered by the powerful Exynos 850 processor which adds one more reason for you to try this phone. The phone is the first low-end chipset that Samsung has built on its 8nm process node, which was also used for the Galaxy S10’s Exynos 9820 last year. The processor is already pretty efficient, and pairing it with a huge battery makes it even better.

But the battery life or its processor is not the only thing you should look for in a smartphone. Everyone also wants a beautiful phone with a good camera, fast performance, yet affordable. The phone already fits in all of these points. The A21s has a mid-range design with plastic back and gradient finish that reflects light so beautifully. From the rear side, it looks more like Galaxy A51. Although the phone is slightly heavier due to heavy battery I guess, most of the users won’t mind that extra weight due to its performance.

The front side is of a 6.5-inch Infinity-O display with punch-hole in the left corner. The device has an LCD panel with HD+ resolution. The device comes with a rear-side physical fingerprint scanner for security purposes. It’s not too fancy but works great.

The Galaxy S21s has 4 cameras. The primary camera is of 48MP, that can take pictures with excellent details and vibrant colors in the day time. However, the camera isn’t for night photography and may lose some detail in low-light situations. The second camera is an ultra-wide camera and the front camera is 13MP that comes with lots of software features.

The Galaxy A21s runs the Core version of One UI 2.1. The Core tag means it only has the most basic of features, similar to the Galaxy M series phones. You don’t get traditional Samsung features like Always On Display or Secure Folder, which are available on Galaxy M phones, nor are there newer features like One UI 2.0’s screen recorder. One UI 2.1’s excellent sharing functionality is included, but it’s a barebones software experience overall, as one expects from Galaxy devices in the lower end of the price scale.

This phone is a big upgrade for me and the battery life and charging are great. Pity it weighs and much as a brick and the speech/reception quality is the worst I have ever had – why?? Can anything be done to improve sound quality and volume?. The ringer volume wakes the neighbourhood up!