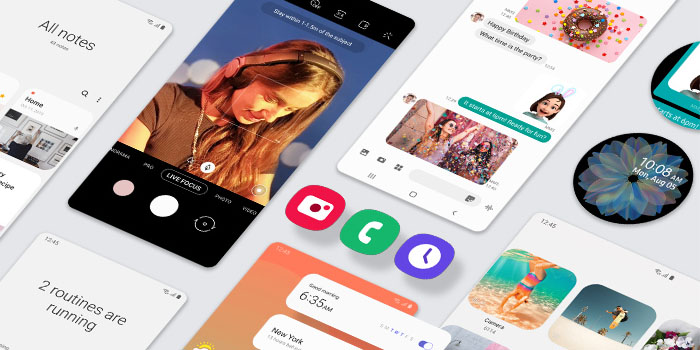 Samsung announced more exciting features for the One UI 2

Samsung recently hosted its 2019 Developer conference in California where the company revealed its upcoming features for the One UI version 2. The company hasn’t start to update all of the smartphones yet, but hopefully, shortly, it will bring Android 10 with One UI2 to its smartphones. Samsung took this opportunity to announce some of the features he has planned for the future and that are coming to the smartphone alongside the expansion of the UX design to more factors like wearable devices.

One of the aims of the One UI 2.0 is to simplify the access to the design elements by de-cluttering the user interface. It has a slim notification pop-up and UI elements like the volume HUB. Also, Samsung wants to enable its users to access the design elements on the home page or within apps with one-hand usage. The new interface displays all first-party apps interaction area in the bottom half of the screen. This has also been carried over to the folders where apps are now found in the bottom area of the display.

Samsung also brought a new revised and improved version of dark mode. It comes with even more apps and UX elements. Samsung is providing more hearing and visibility enhancements which can be further enhanced according to the user’s needs. For more defined letters and combinations there is also a high-contrast device. Some first-party apps like contact list and messages are now in more vibrant colors which makes them easier to notice.