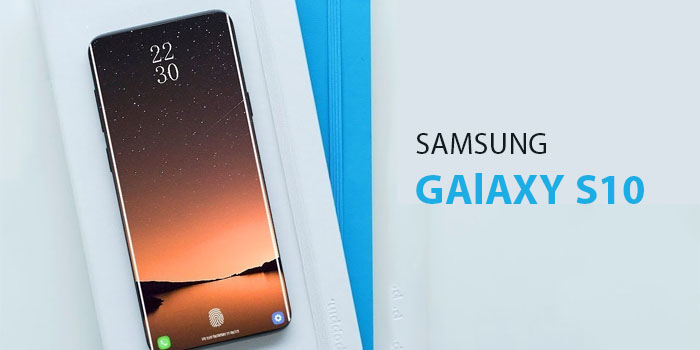 Samsung would be launching its Galaxy S10 on 10th anniversary of S-Series. But it won’t be the only smartphone in the awaiting list. Next year vendors are coming up with their best, fastest and biggest flagship smartphones. Galaxy S10 will be announced and released in the early 2019. Rumors are Galaxy S10 will have substantial hardware upgrades.

Galaxy S10 will come in three variants. But none of these model compromises on futuristic technology. Third variant also known as ‘mini’ variant will be entry level model of Galaxy S10 and reported to be cheaper than the other two models. It will presumably forgo some premium features to adjust the low price tag. Samsung has already applied patent for in-display fingerprint sensor for its upcoming smartphone. This in-display fingerprint sensor would use ultrasonic fingerprint scanning technology which is way superior than currently optical sensor technology. Ultrasonic technology creates 3-D map of fingerprints and can recognize fingerprints even when fingers are wet or light is not so optimal. Optical technology takes 2-D image of finger and matches with its stored finger print.

According to the rumors, Samsung will use its in-display fingerprint sensors in two models of Galaxy S10 and will use optical sensor technology for the entry-level model. Both type of technologies add extra layer of security for snappy unlocking. Now, along with this Samsung will also reveal its foldable flagship smartphone.

DJ Koh, the head of Samsung’s mobile arm, said in an interview “time to deliver” the new device. Although we are not very familiar with the specification for this smartphone, he told the American outlet

“You can use most of the uses on foldable status.  But when you need to browse or see something, then you may need to unfold it. But even unfolded, what kind of benefit does that give compared to the tablet? If the unfolded experience is the same as the tablet, why would they consumers buy it. So every device, every feature, every innovation should have a meaningful message to our end customer. So when the end customer uses it, they think ‘wow, this is the reason Samsung made it”