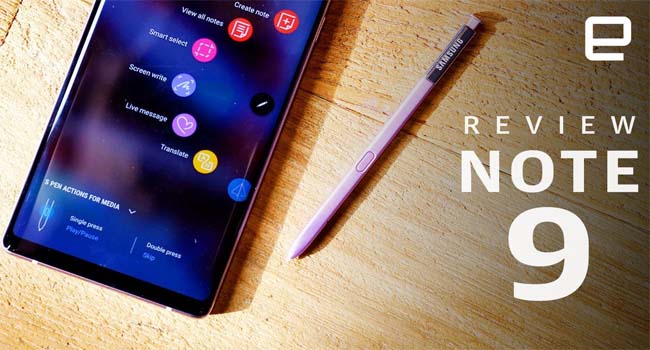 The Samsung Galaxy Note 9 is the latest entry in 4 digit price smart phones. It is one of the most expensive smart phone anyone can have. But does Note 9 justify its price? Let’s find out. May be it is not be the ‘must to buy at any price’ smart phone, but surely it has lots of features to trigger the discussion among the tech savvy community. At Wired, Lauren Goode’s review summed up the tone of what many others seemed to think.

“It’s super-fast, comes with more storage than even obsessive photo takers or game players might know what to do with, and its S Pen stylus now doubles as a remote control,” she wrote. “Samsung has somehow found ways to differentiate this phone from the Galaxy S9, it’s other flagship phone. It has justified the bigness.”

According to CNBC’s Todd Haselton – “I love the 6.4-inch display paired with the new stereo speakers, the latter of which haven’t appeared on a Galaxy Note before. This is a phone for someone who loves to watch movies, TV shows and play games, since they all make the most of the massive screen.”

Adam Ismail, compared the phone to iPhoneX and Google Pixel 2XL with respect to their camera system. “Samsung has once again developed an excellent low-light shooter, and the Note 9 also produced a better-looking flower close-up than the competition,” he wrote. “However, for most other occasions, outdoors or in, the Pixel 2 XL still edges out Samsung’s flagship.”

Some people loved the long battery life of Note 9 whereas few people didn’t approve it strength. Mike Murphy at Quartz doesn’t think that measuring meter for the remaining power is reliable. He thinks even regular use of this phone drained it just like any other regular phone these days. But everyone appreciate the fact that it has 4,000mAh battery with fast charge. Galaxy Note 9 has a lot to offer for gamers – a Fortnite player, to be exact. “If you’re seriously into mobile gaming, then the Note 9 has a lot going for it,” Stan Horaczek wrote, praising the battery life, coolness during long play sessions, and display color. The Galaxy Note 9 is absolutely the best flagship smart phone you can buy right now, all things considered. It has unmatched battery life, display quality or overall user experience.

Good phone for sure.

Yes it is. Every year, technology brings something bigger, greater, larger. Smartphones are so much more than phones now. They are like a complete tablet in your pocket.

Is there a reason to upgrade this phone from Galaxy Note 8?

Well, if storage, memory configurations are not enough for you, how about S-Pen? It is bluetooth enabled now and you can use it like a remote control. You can read more on what S-Pen can do here.

[…] Galaxy Note 9 has definitely made an impact in the tech world with its 6.4 inch big screen and some amazing new features. The Note series pioneered the big screen smart phones in 2011. Over the last few years, it has […]