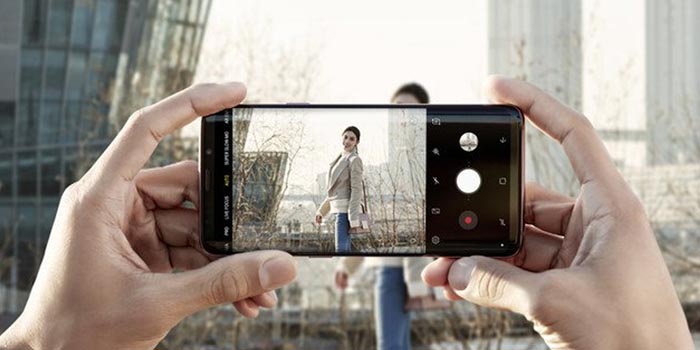 Galaxy Note 9 is still the productivity king, 4 reasons why

Seven years ago, Samsung introduced its first Note, which completely explode the market due to its S-Pen and huge 5.3 screen. 5.3 inch screen was gigantic at that time. Now, after so many years, Samsung again, made waves in the tech industry with Galaxy Note 9, which has everything you can wish for in a smartphone.

Technically, the Galaxy Note 9 comes very close to its predecessor’s design, but its slightly wider and thicker. The placement of the buttons is the same. Camera has although, moved to comparatively sensible place – below the camera instead of on side of it. Galaxy Note 9 doesn’t make any sort of compromise. It features headphone jack, an iris scanner, dual speaker, a slot of the S-Pen and even wireless charging with IP68 water-resistant body.

There won’t be any Note without S Pen, but for this year’s upgrade, Samsung put lots of emphasis on the accessory. S-Pen is now Bluetooth enabled. It can be used to take photos, navigate Gallery, change presentation slides, and browse your favorite songs on media playback even when you are 30m away from your phone. Samsung has released its SDK for S-Pen for developers so they can use it to develop new features in their apps supporting S-Pen and Bluetooth. There are other advance features in Note 9 as well. Like, there is no more need for a DeX station or pad to access connect the smartphone to your desktop to have PC-Like experience. You can have it now using simple USB Type-C to HDMI adapter. Samsung has also USB-C to HDMI but you can use any available in market.

Note 9 is using the latest and greatest hardware. After all, it came with $1000 price tag and Samsung had to justify the price. The US variant will be powered by Qualcomm Snapdragon 845, while the global version will use Exynos 9810. It’s paired with generous amount of RAM. Note 9 can do multi-tasking without hanging or flickering user experience.

On the gaming side, the Note 9 is undoubtedly a performance pack. It can handle heavy graphics without any stress. Frame rates are smooth and retained, which Samsung would probably attest is attributed to the new water carbon cooling system that the phone introduces. When most high end smartphones offer only 64GB storage, Note 9 offers 128GB of internal storage. For those wishing to pay more, Samsung offers the Note 9 with 512GB of storage, accompanied with 8GB of RAM. Either way, there’s plenty of storage here, especially when there’s a microSD slot for expansion.

Note 9 has camera specification similar to its predecessor. It has dual-camera configuration. The end result image is very similar to the S9+, wide-angle 12-megapixel shooter with OIS and a variable aperture – set to f/2.4 for sharper photos, but opened wide to f/1.5 at night to capture every snippet of light. Secondary camera is a telephoto, with 2x zoom, and it has superior image stabilization as well. Galaxy Note 9’s camera has vast shooting modes, panorama hyperlapse, slow motion, live focus and a pro mode with manual controls. Note 9 has around 20 scene recognition and optimization tweaks for optimal results even in poor lighting condition. In some conditions, it even beats iPhone X camera.