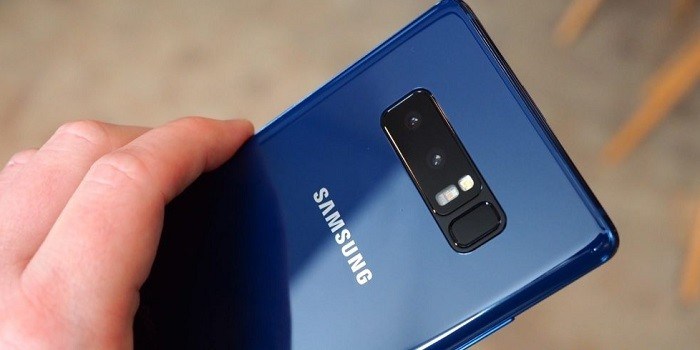 Two years ago, Samsung launched Galaxy Note 7. Dozens of users reported overheating, spontaneous fires and even explosions. Now, it’s been almost a month since Samsung released Note 9 and a woman sue Samsung as Note 9 catches fire inside her purse.

Diane Chung, US real estate agent claimed that the $1000 smartphone caught fire when she was in the lift. Last month, Samsung chief DJ Koh confirmed that this new smart phone will not explode. As battery is safer than ever. He added, Users don’t have to worry about the batteries anymore. But Chung choose to disagree and refer Galaxy Note 9 as “dangerous”.

She claims that after midnight September 3, while travelling in a lift, her Note 9 became extremely hot. Chung says, she stopped using her phone when it get too hot to use and kept it inside her purse. Shortly after, she heard a whistling and screening and noticed thick smoke pouring out from her purse. She put the bag immediately on the lift floor and tried to empty it, allegedly burning her fingers when tried to grab the smartphone.

When lift stopped at lobby, she kicked the phone out of the lift , while it was still on fire. Someone caught the phone with cloth and put it in water and only than it stop to smoke. She claimed this as “traumatic” incident. She filed a lawsuit against Samsung in the Queens Supreme Court asking for demanding damages, referring the phone as “defective” and for restraining order that bans the sale of Galaxy Note 9.

The Samsung Spokesperson acknowledged the incident but call it as an “isolated case”. He further said, “Samsung takes customer safety very serious and we stand behind the quality of the millions of Galaxy device in use. We have not received any reports of similar incidents involving a Galaxy Note 9 device and we are investing the matter.”

Samsung investigation team for Galaxy Note 7 revealed that there was a major battery fault that caused the overheating of smartphone. Samsung pricey model had several design flaws. The situation got so bad that airlines began banning the phone from being turned on. Samsung post their explanation in a blog post “We learned from the Galaxy Note 7 issues and have made changes as a result”.